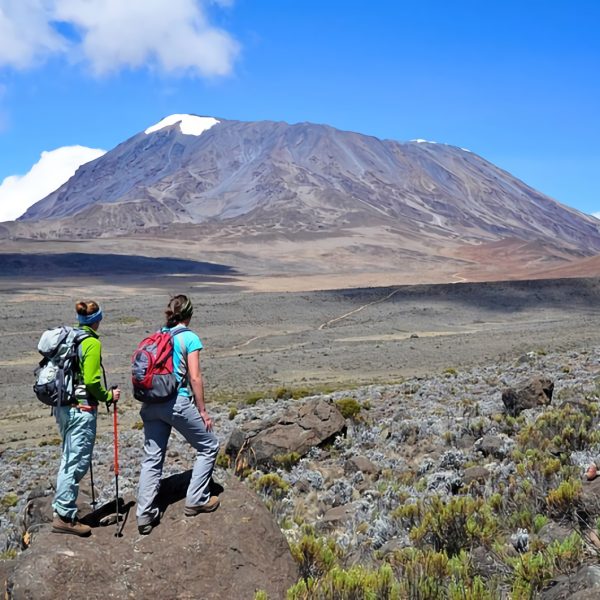 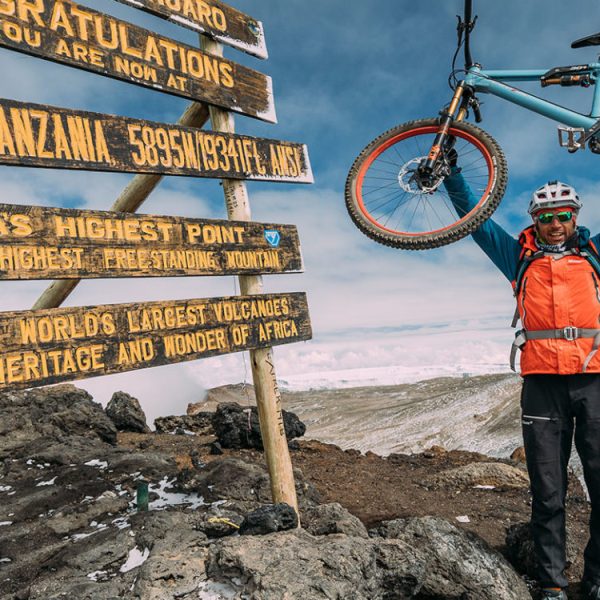 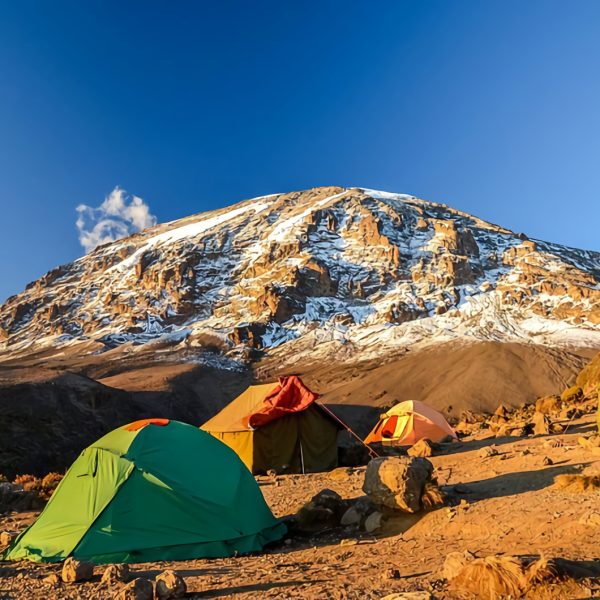 Rongai Trail is a hiking route that leads to the summit of Mount Kilimanjaro, the highest mountain in Africa. The Rongai route is considered to be one of the easier trails to the summit, as it has a more gradual ascent and offers stunning views of the surrounding landscape. The trail begins in the north of Kilimanjaro National Park, near the Kenyan border, and follows a path through dense forest and moorland to the summit. Along the way, hikers will pass through several climatic zones, from tropical rainforest to arctic conditions near the summit. The Rongai route typically takes 6-7 days to complete, and it is recommended that hikers be in good physical condition and have some experience with high-altitude hiking. It is also important to be properly equipped and acclimatized to the altitude before attempting to summit Kilimanjaro.

All tips not per client but per group. All our guides and porters are always satisfied with what you have not beyond your limit. This popular Kilimanjaro route includes fewer amenities in camp and lower weight limits on luggage, while still offering the peace of mind you get by choosing Baraka trails.

This morning we will drive to the village of Nale Moru for the starting point of the Rongai route. The first stage of the trek is through farmland and pine forests. You may have chance to see the beautiful Colobus monkeys or if you’re lucky enough, elephants or buffalos en route. Our first camp will be the Simba Camp located at the edge of the moorland zone at 2625m.

The morning hike is a steady ascent up to the Second Cave Camp located in the moorland zone with superb views of Kibo and the Eastern ice fields on the crater rim.  After lunch at cave camp we carry on with a steady ascent walking though moorland. There are superb views of the Eastern ice fields on the crater rim of Kibo, the highest of the three volcanoes which form the mountain. We will leave the main trail and strike out across moorland on a smaller path towards the jagged peaks of Mawenzi, the second of Kilimanjaro's volcanoes. We will set up camp today in the sheltered valley near Kikelewa caves at 3630m

Leaving the pine forest behind, we carry on with a steady ascent walking though moorland. There are superb views of the Eastern ice fields on the crater rim of Kibo, the highest of the three volcanoes which form the mountain. We will leave the main trail and strike out across moorland on a smaller path towards the jagged peaks of Mawenzi, the second of Kilimanjaro's volcanoes. We will set up camp today in the sheltered valley near Kikelewa caves at 3630m.

Our day starts by descending into the Great Barranco, a huge ravine. We then exit steeply, up the Great Barranco Wall, which divides us from the southeastern slopes of Kibo. It’s a climb over rock, not technical, but long and tiring. Passing underneath the Heim and Kersten glaciers, we head towards the Karanga valley, which is our last stop for fresh water before the summit. Scree now forms the terrain as we walk through arid and desolate land towards Barafu camp.

We leave our campsite and cross the lunar desert of the ‘saddle’ between Mawenzi and Kibo After a couple hours trekking, reach this spectacular place, with the summit of Kilimanjaro in the background and our trail to the high camp stretched out before our eyes. Upon reaching our camp the remainder of the day will be spent resting in preparation of the final ascent after a very early night!

Today is “The Big Day” - the summit stage. You will begin your final ascent around midnight which will be long and strenuous. Passing the Hans Meyer Cave at 5220m, the climb slowly but surely goes upwards. At sunrise, you will reach Gillman’s Point (5681m) – the crater rim of Kilimanjaro – where the sun will slowly start to warm up the land. You will have soon forgotten the cold of the night and after a further hike of 1 - 2 hours, you will reach Uhuru Peak at 5895m. On your return to Kibo Hut, a warm meal awaits you followed by a 1 - 2 hour break before proceeding back down to Horombo Hut.

The last stage passes through the heath and moor zone to the Mandara Hut (2700m) where a warm lunch is waiting for you. Soon, you will once again pass the tropical rainforest and after a total time of 6 hours trekking, you will be back at the Kilimanjaro National Park Gate (1860m). After saying goodbye to your mountain guides, a short transfer follows to take you back to your hotel in Moshi. Once there, you can take a warm and relaxing shower and celebrate your success in reaching the summit of the Kilimanjaro.

After a much needed nights rest, we will bid you goodbye. If you have arranged airport transfers with us or a safari / Zanzibar trip, we will collect you in the morning for your onward journey.

Find a route from your location 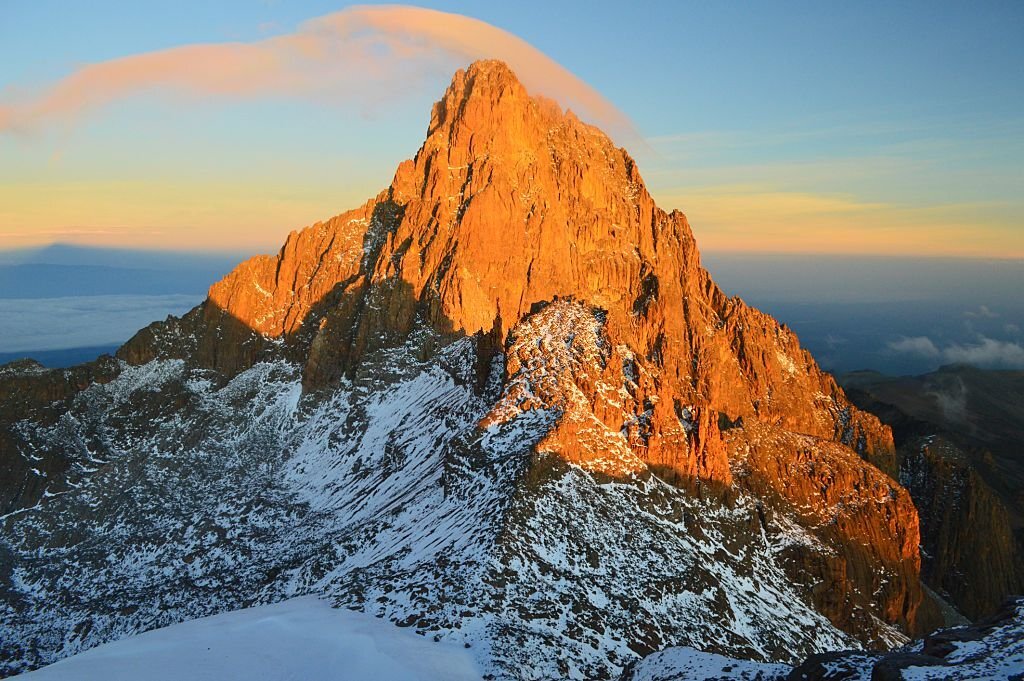 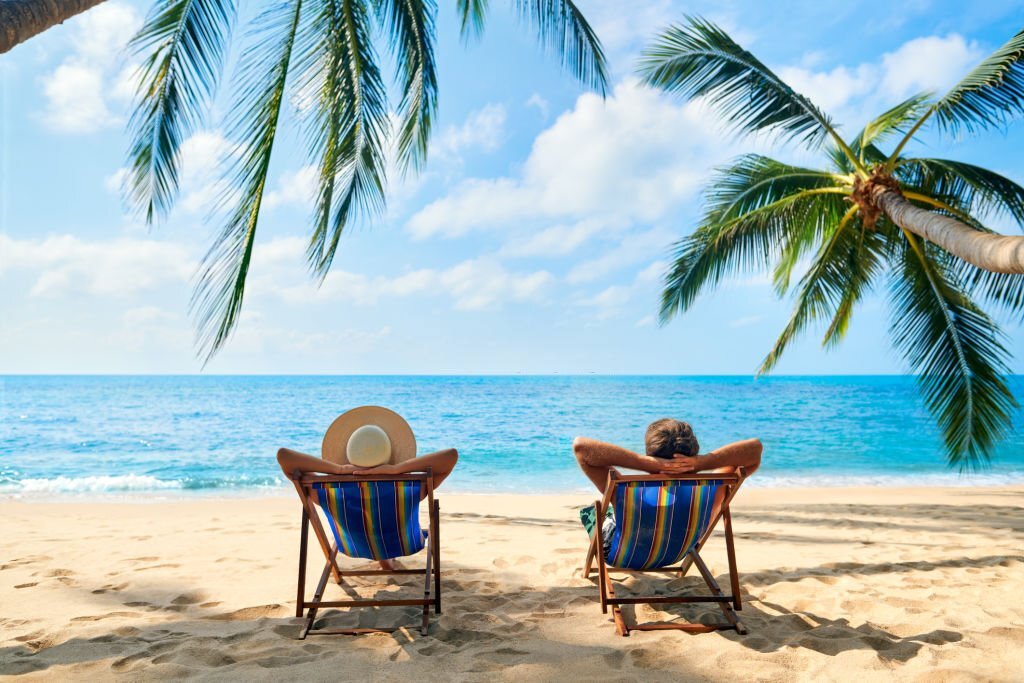 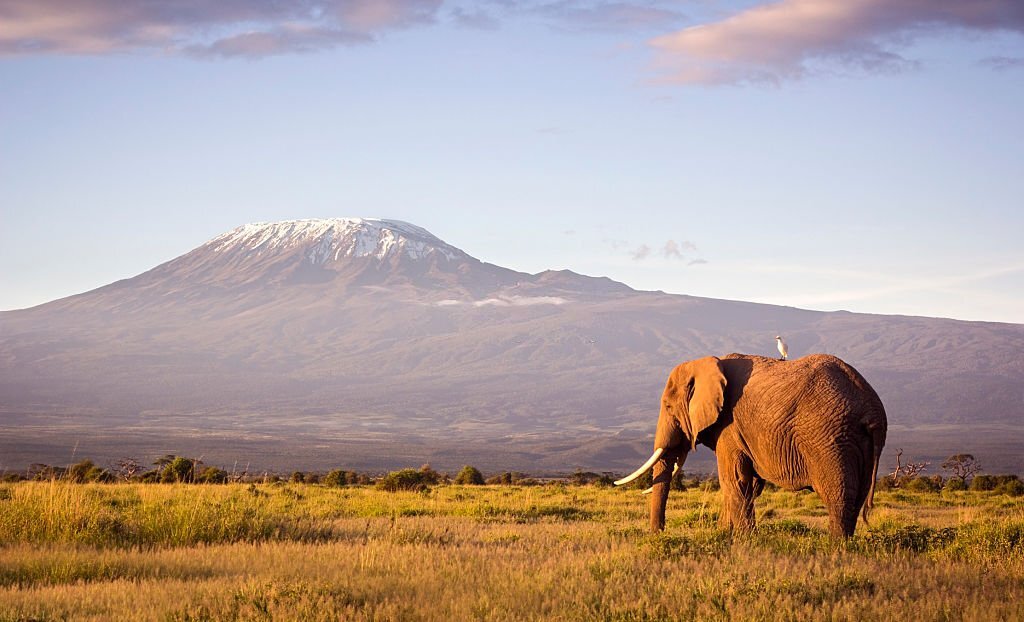 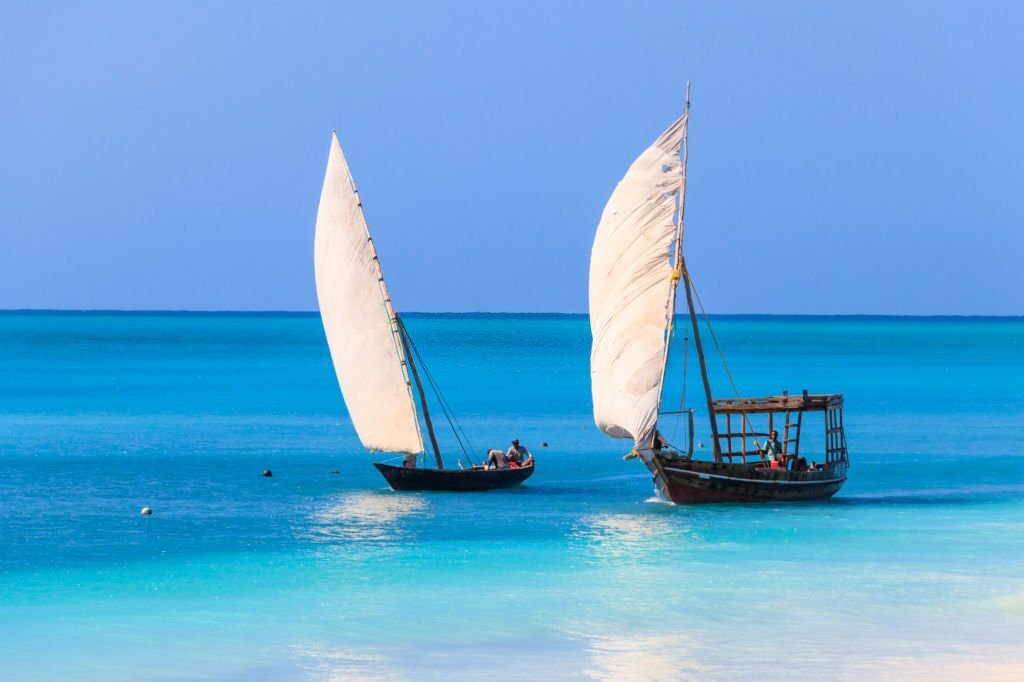 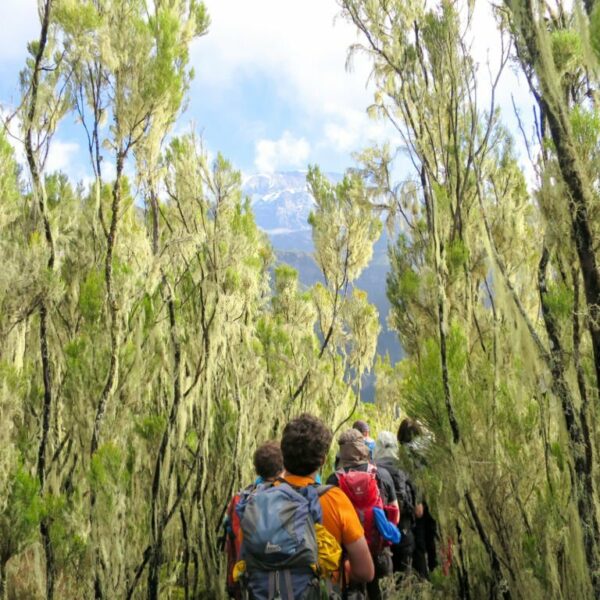 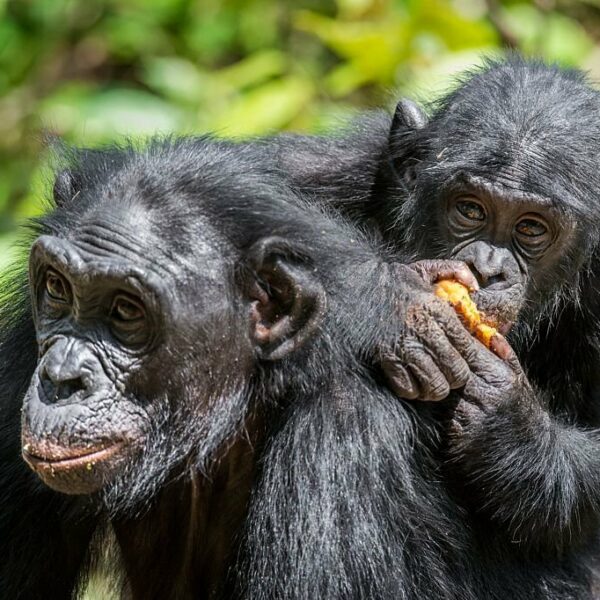 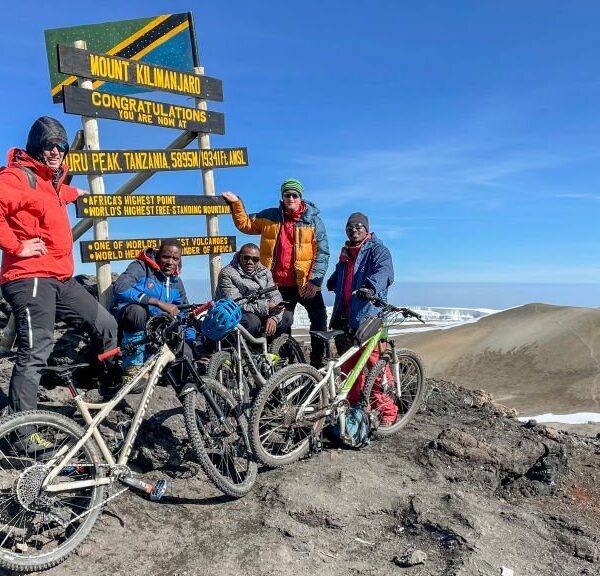 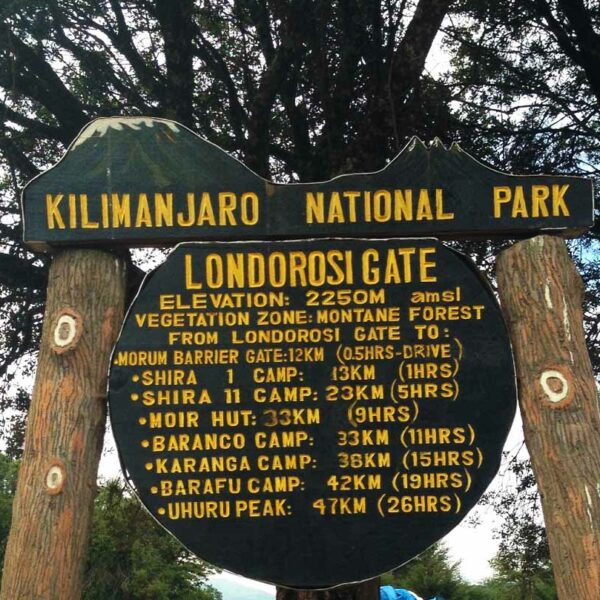 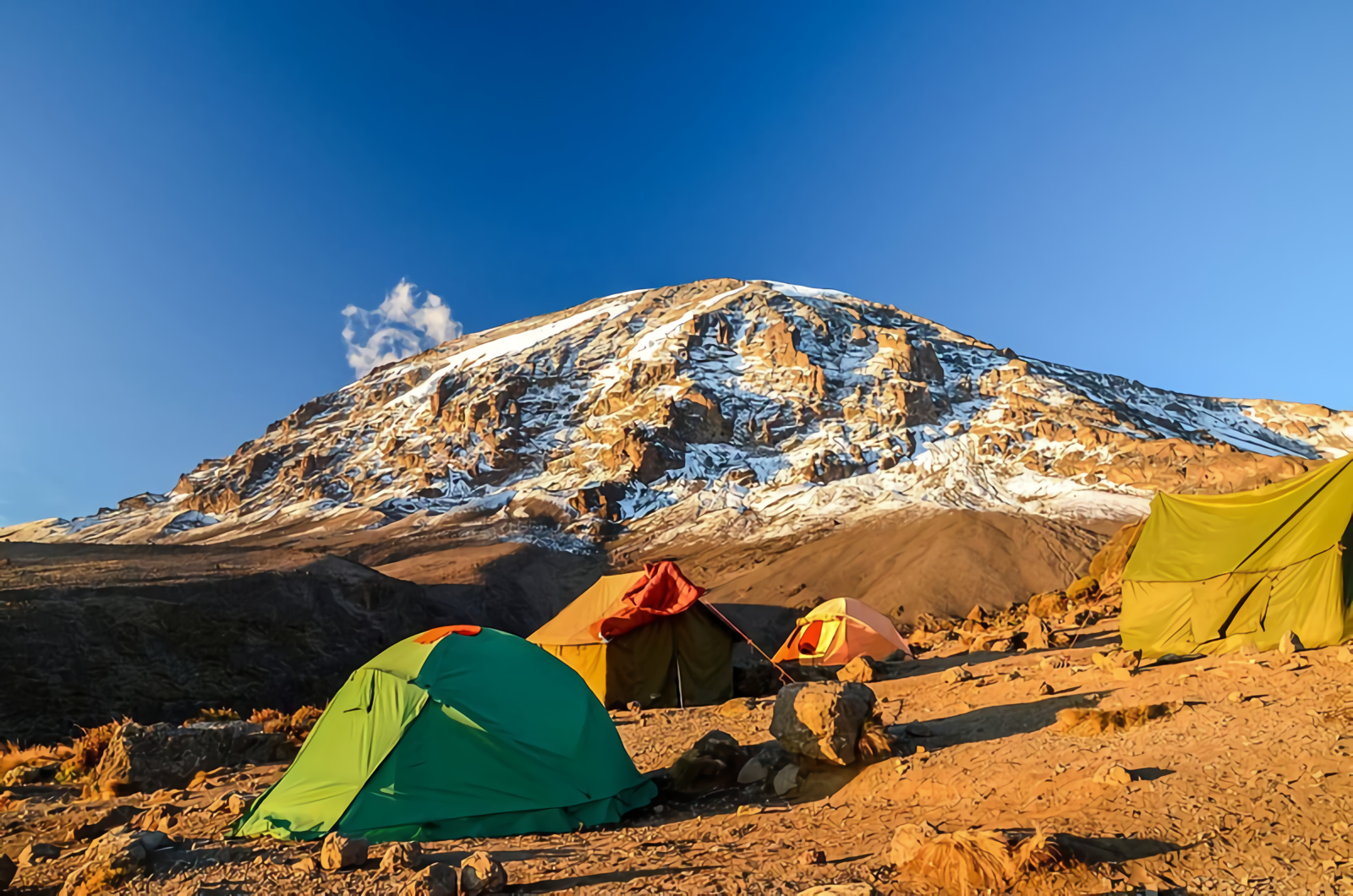 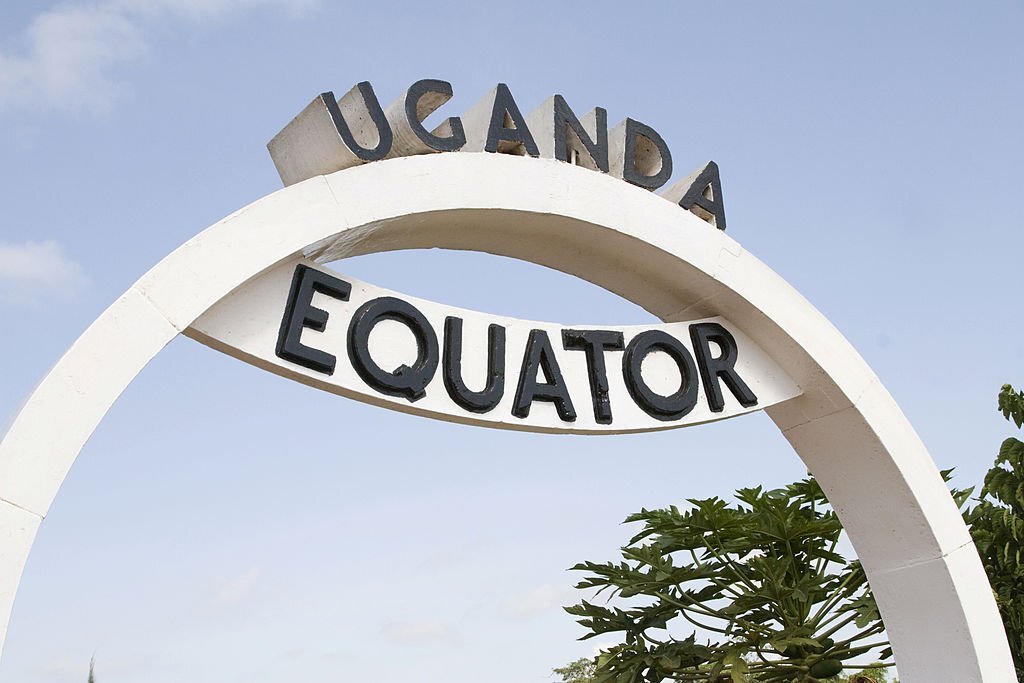